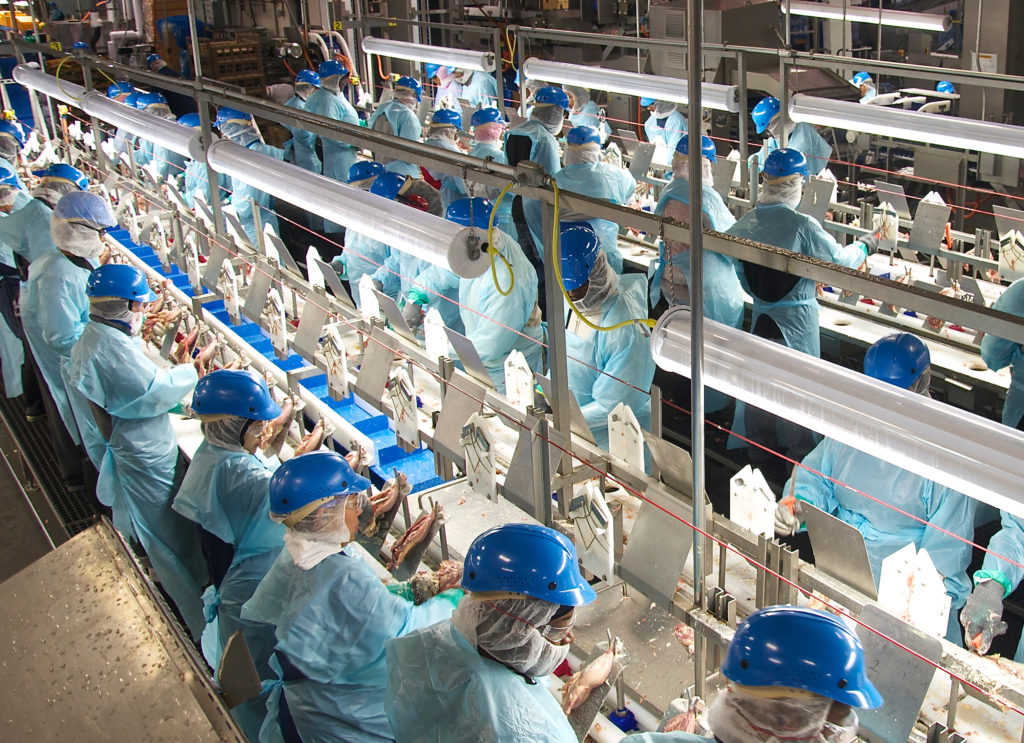 In an increasingly competitive poultry processing landscape, Tyson Foods announced a minimum hourly pay raise to $10 at 51 of its chicken processing plants across the country, effective Nov. 1.

The pay increase ranges from 11% to 25% based on the $8 and $9 starting pay the company has in place. The Springdale-based meat giant said the rate in beginning pay will raise its hourly average to more than $12. The highest pay for production workers in chicken processing plants is roughly $16 per hour.

Skilled maintenance and refrigeration workers, some which are union members, earn between $23 and $26 per hour, according to the company release.

“We’re increasing pay to remain competitive in the labor markets where we operate and to retain the quality team members we need to keep running successfully,” said Noel White, president of Tyson Foods’ poultry business. “We believe we have the best team in the chicken business and we want to keep it that way.”

Tyson Foods said its compensation department frequently coordinates third-party wage surveys and job market research in the areas where it has facilities.

“We offer the highest-paying entry level jobs in many of our plant communities and pay more than most companies in the chicken business,” White said.

The company also noted that it provides abenefits package to all full-time employees.

The company did not disclose what the increase in pay will mean to its bottom line or exactly how many employees will benefit. Tyson said recently it employed more than 6,000 people in Springdale, with half of those being corporate jobs. The company said it employs nearly 23,000 people in Arkansas, most of which are in poultry processing or related jobs.

“When the unemployment rate gets low, employers have no choice but to raise wages if they want to retain and attract quality workers. Here I think Tyson Foods is also aiming to be out in front as there are pressures to raise the minimum wage across the country,” said Kathy Deck, director for the Center for Business and Economic Research at the University of Arkansas.

She said it’s no surprise to see Northwest Arkansas’ larger employers out in front with wage increases. She said Wal-Mart and Tyson Foods each also have their own industry challenges at play with competition for talent at the beginning levels. Deck said this type of natural market reaction to low employment rates is a healthy thing.

Tyson Foods has predicted a record year revenue of $41.09 billion for fiscal 2015, which ended Sept. 30. Despite the expected 9.3% uptick in top line revenue, Tyson lowered its earnings guidance to $3.19 per share for the year because of challenges in its beef segment. The company will report fiscal 2015 earnings on Nov. 16 before the equity markets open.